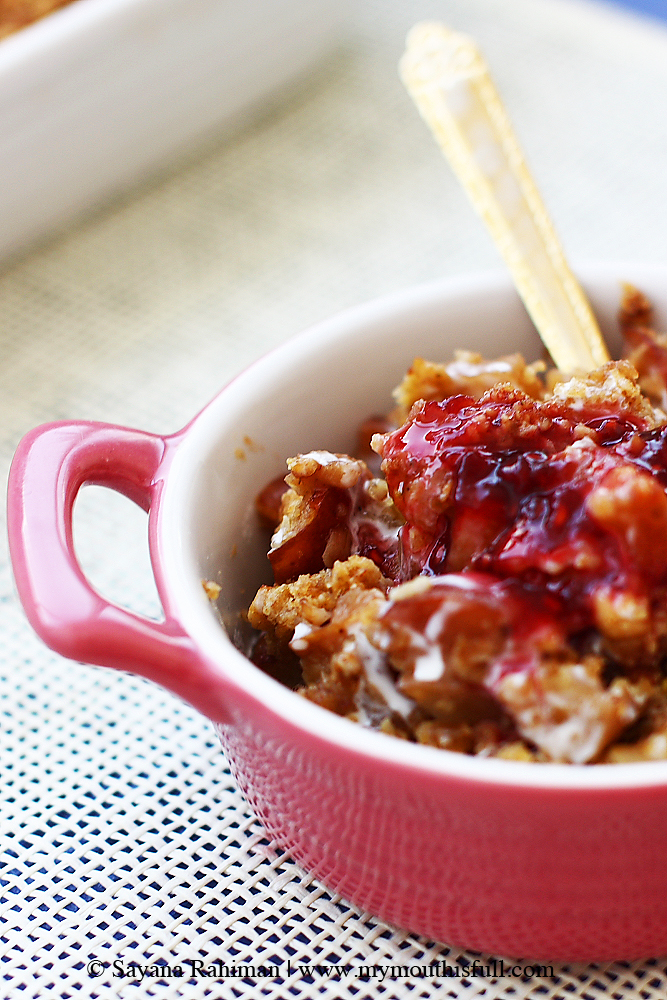 Pick up the English alphabet book and the chances you won’t see a bright red gleaming fruit are unlikely. I steer away from Green Apple being too tart for my taste. A variety I love having is the Fiji Apple. Its skin has faded tints of red and yellow and look quite large for an apple. The flesh crumbles in your mouth like shortbread and it’s mildly sweet. 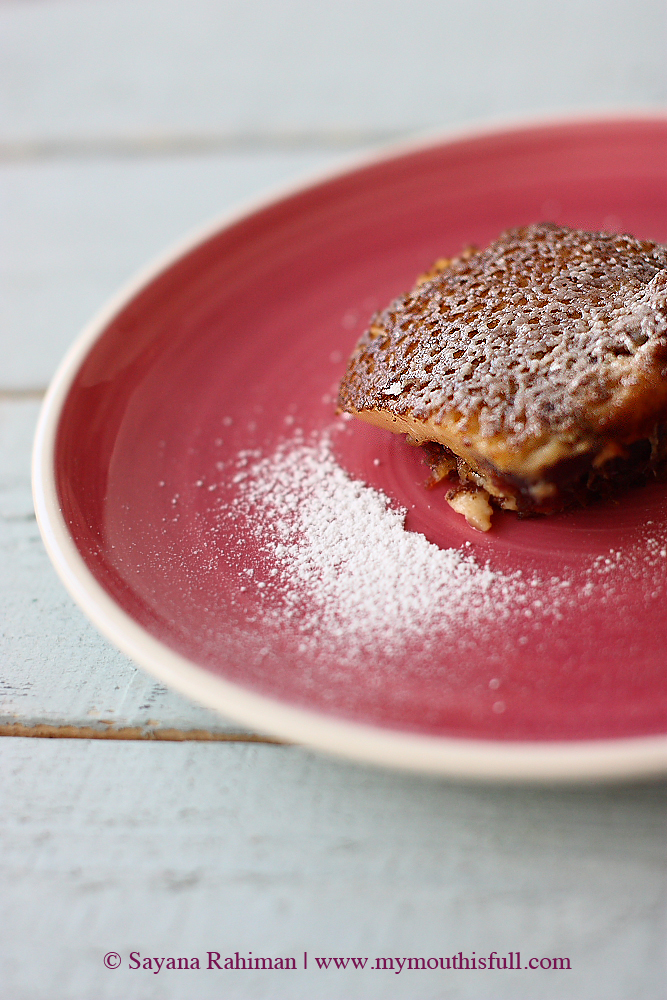 A few months earlier this year, I received an email from Reem Falaknaz, an Executive Producer from Noor Dubai TV. To date, it is the most exciting email I have received from a visitor of my blog. She was planning on producing a series of cooking videos under 3 minutes, featuring desserts. These series were to be aired during the Holy month of Ramadan and the theme was desserts with a Middle Eastern take. I was boiling with excitement and called my husband at work right away. With his green signal, I promptly replied saying I would be thrilled to be a part of her project. I started devising ways to spin classic desserts the Middle Eastern way focusing on ingredients integral to Arab cooking. Walnut, tahini, rosewater, honey, figs – the list was endless. I proposed three desserts and Reem had the final say. She chose the dessert I had hoped she would – a dessert with dates. 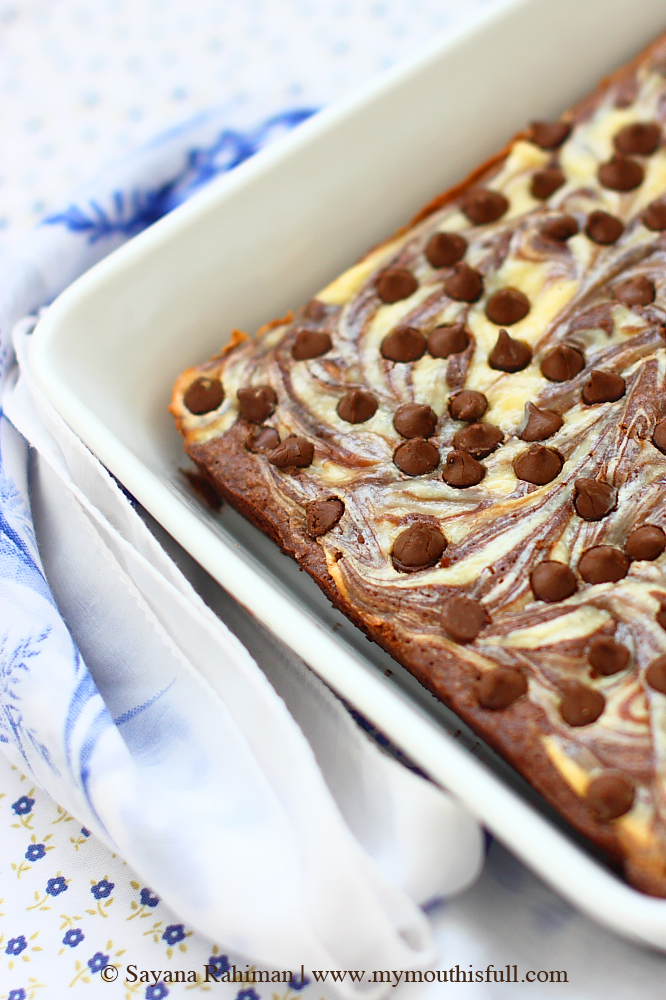 A very warm welcome to you. Do you like my new blog? My husband and I have been working (more him than me) on the new incarnation of my blog. My Mouth is Full is now self-hosted . We are celebrating this milestone with these brownies. Why don’t you cut yourself a slice too? 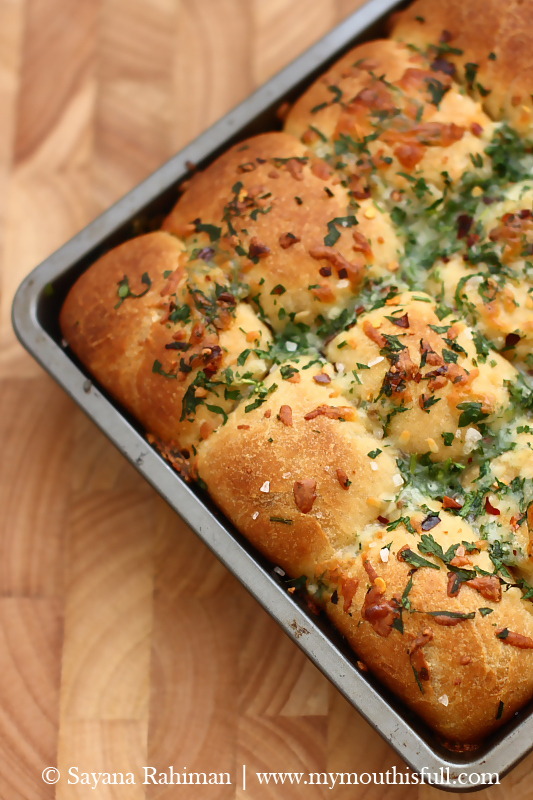 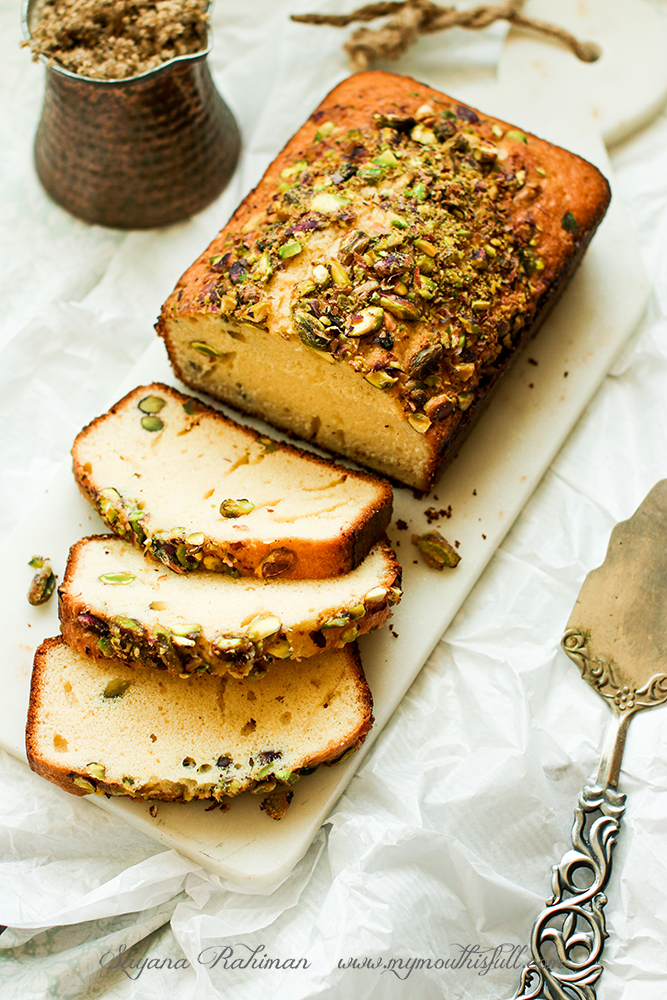 Yes, YES! It’s that time of the month again. After quite a gap, Family Friday has come and my family came together for a sumptuous lunch catching up from where we left off last time.I love these weekends for far too many reasons. This is the when I get to visit my childhood home and be one, all over again. Umma will be doing all the cooking while I sit in the kitchen, yakking away and being of absolutely no help. Last winter, Umma gifted me a loaf tin. I vaguely remembered that I had bookmarked a recipe that called for one. When I did find it, I knew it would be a great recipe to try for a Family Friday. This recipe had no chocolate which is the primary reason a few elders refuse to try my baking endeavors. I know that lunch always carries onto tea and this recipe was perfect for the occasion.

Yes, it is another dessert and this time it’s a perfectly moist chocolate cake. Two layers of it. Oh, and smothered and piped and dressed in clouds of Nutella buttercream frosting. This was the first time I was attempting to make two layers of cake. I found a wonderful recipe on Baked Brees‘ blog. Nervously excited, I sieved and whipped and poured and baked and lo and behold, I had on my hand two perfectly moist layers of chocolate cake in the most tempting hue of chocolate. 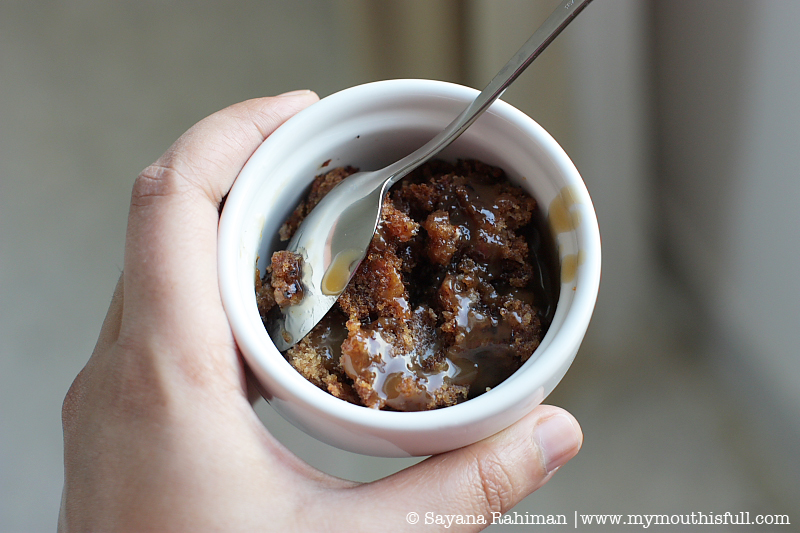 It’s finally that time of the year. Misty mornings, a little less of the sun and an excuse to have all the hot chocolate you want, what’s not to like about winter? Given the fact it’s gone before you know it, I love making the most of this weather in the UAE. If it’s winter, it also means it’s time to clean up the sooted grills and plan a barbecue.